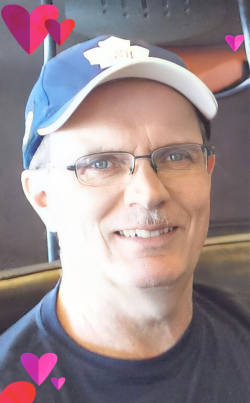 The death occurred at the Maplewood Manor, Alberton, on January 21, 2023, with his loving family by his side, of Gary Lewis Beaton, formerly of Centre Line Road, age 63 years. Beloved husband to Kimberly Mary (nee Rowley) Beaton. Born at Charlottetown on March 16, 1959, he was the son of the late Theophilus and Lillian (nee Farrar) Beaton.

He was predeceased by his niece, Jenny Lynn Deagle, and by his good buddy, Kerras Jeffery.

Resting at the Rooney Funeral Home and Chapel, Alberton. Visiting hours Tuesday evening from 7:00 to 9:00 p.m., and on Wednesday, from 1:00 p.m. until 3:00 p.m. Funeral Wednesday afternoon, from the Immaculate Conception Church, Palmer Road, for funeral mass at 3:30 p.m., Rev. Brendon Gallant, celebrant. Interment later in the church cemetery.

As an expression of sympathy, memorials to the Maplewood Manor, Alberton, would be gratefully appreciated.