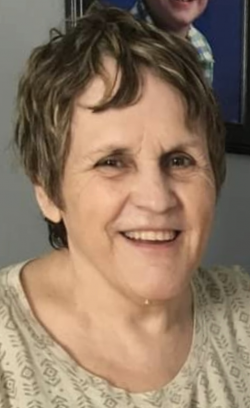 The death occured at the Queen Elizabeth Hospital, Charlottetown, on Friday, October 7, 2022, of Freda Mary Handrahan, of Tignish age, 69 years. Beloved common-law wife of Terry J. Richard. Born at Alberton, on September 12, 1953, she was the daughter of the late William and Phyllis (nee Gallant) Handrahan.

She was predeceased by a brother, John.