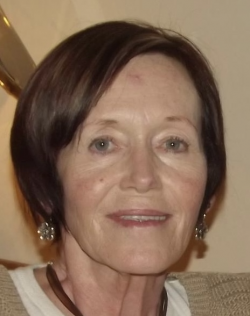 The death occurred peacefully, at the O’Leary Community Hospital, on Sunday, October 2, 2022, of Madeleine Veronica Robinson (nee Decker), aged 65 years. Born in Joe Batts Arm, Newfoundland, on March 26, 1957, she was the daughter of the late Michael and Mary Frances (nee Penton) Decker, and the devoted wife of the late Gregory Bruce Robinson.

Predeceased by her brother, Frank, and sister, Madonna.

She will be lovingly remembered for her joy of cooking, which she did often for those around her.

At Madeleine’s request, there will be no funeral or memorial service. She will be laid to rest with her family in Newfoundland at a later date. Instead, family, friends and loved ones can make a donation to the West Prince Caring Cupboard in her honour.