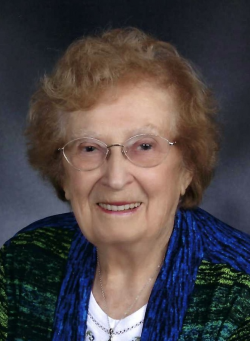 The death occurred peacefully at the Community Hospital, O’Leary, on Thursday, September 15, 2022, with her loving family by her side, of Hazel Anne Gallant, of Alberton, age 93. Beloved wife of the late Desmond Gallant. Born January 4, 1929, she was the daughter of John James and Helen (Dalton) Corcoran.

As an expression of sympathy, donations can be made to the Sacred Heart Cemetery Fund, or a charity of your choice.