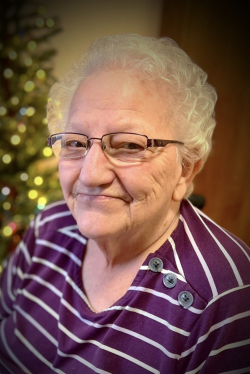 Visitation Information
Visitation
No visitation or funeral by personal request.
Make A Donation

It is with sadness that the family of Dinah Mercedes Piercey announces her passing, at the Maplewood Manor, Alberton, Prince Edward Island, on Tuesday, August 23, 2022, at the age of 80.

Born in Long Pond, Conception Bay South, Newfoundland, on May 10, 1942, she was the beloved wife, for 60 years, of Dean Piercey. Leaving to cherish fond memories are her children, Carl Piercey (Wendy), and Christine Batten (Perry), and her treasured granddaughter, Olivia Batten, as well as her special nephew, Dean Lear, and his sons, Zachary and Nathan.

Sincere and heartfelt gratitude to the staff of the Maplewood Manor, Alberton, for caring for Mom so beautifully, with kindness and good humour. It was deeply appreciated.

No funeral by personal request. Cremation has taken place. A memorial service in Newfoundland will be planned for a future date.