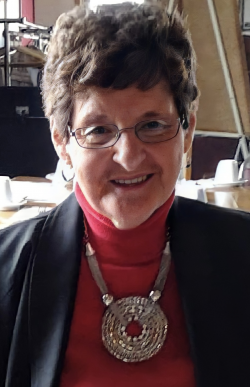 The death occurred, at the Maplewood Manor, Alberton, on Thursday, August 4, 2022, with her family by her side, of Myrtle Mary Smith, age 88 years. Beloved wife of the late Hanson Gerald Smith, of Alberton. Born at Miminegash, on July 14, 1934, she was the daughter of the late Anthony and Mae (nee Thibodeau) Gallant.

Resting at the Rooney Funeral Home, Alberton. No visitation by request. A funeral for Myrtle and her husband Hanson, who predeceased her on February 28, 2021, to be held on Monday morning, August 8th, from the Sacred Heart Church, Alberton, with funeral mass at 10:30 a.m., Rev. Brendon Gallant, celebrant. Interment in the church cemetery.

As an expression of sympathy, donations to the Maplewood Manor, Alberton, would be gratefully appreciated by the family.