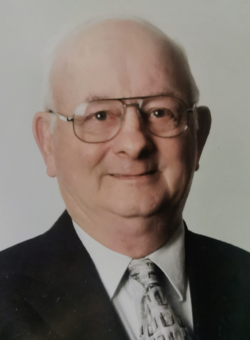 The death occurred peacefully at the Margaret Stewart Ellis Home in O'Leary, on Wednesday, July 20, 2022, with his loving family by his side, of John Gerald Keough, formerly of Phillip St., Tignish, age 85 years. Beloved husband of Mary G. (nee O'Meara) Keough, of Tignish, PEI. Born October 21, 1936, he was the son of the late Milton and Zita (nee Gavin) Keough.

As an expression of sympathy donations to the Western Hospital Equipment Fund or the Canadian Diabetic Association would be gratefully appreciated.