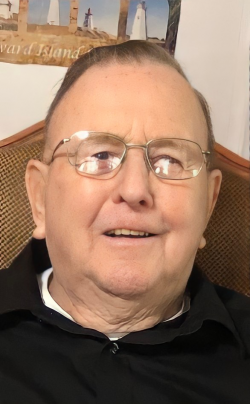 The death occurred at the Maplewood Manor, Alberton, PEI, on Thursday, July 7, 2022, with his loving family by his side, of John Patrick (Jackie) Morrissey, formerly of Tignish, aged 93. Born at Sea Cow Pond on June 14, 1929, he was the son of the late Pierce and Patricia (nee Cahill) Morrissey. Beloved husband of Aldona Mary (nee Perry) Morrissey.