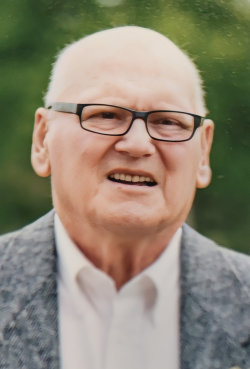 The death occurred peacefully, at the Palliative Care Unit of the Western Hospital, Alberton, on Friday, April 22, 2022, of Nelson Cletus Shea, of Anglo-Tignish, age 91 years. Beloved husband to the late Shirley Mary (nee Harper) Shea, who predeceased him in July 2006. Born on May 21, 1930, he was the son of the late Alexander and Gertrude Mary (nee Gavin) Shea.

As an expression of sympathy memorials to the West Prince Caring Cupbpoard or to the Parkinson Society would be gratefully appreciated.

www.rooneyfh.ca
Please note that masks are still mandatory to attend the visitation and funeral mass.