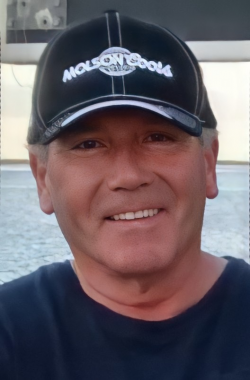 It is with great sadness to announce the sudden passing of our beloved son, Donald Edward Doiron, of Elmsdale, PEI, on April 1, 2022. Born on December 26, 1959, Donald will forever be remembered by his family, and fondly, by his many friends.

No visiting hours by personal request. Private funeral mass at a later date.