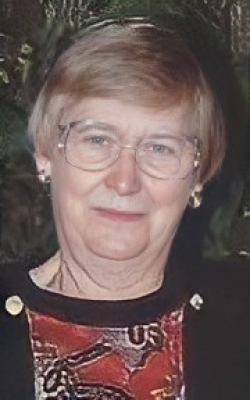 The death occurred peacefully, at the Maplewood Manor, Alberton, on Thursday, March 3, 2022, of Kathleen Lillian (Kaye) Williams, RN, formerly of Elmsdale, age 94 years. Born on February 9, 1928, she was the daughter of the late David A. and Alecia (nee Stewart) Williams.

Dear sister to Margaret (late Howard) Adams, of Elmsdale, Anne (Raeburn) Oliver, of Alberton, and Donald (Marion) Williams, of Herring Cove, NS. She is also survived by sisters-in-law, Grace Williams of Crapaud, and Nancy Williams (Bob Terweeme) of Cascumpec. Kaye will be sadly missed by her many nieces, and nephews.

As an expression of sympathy memorials to the Maplewood Manor, Alberton, would be gratefully appreciated.