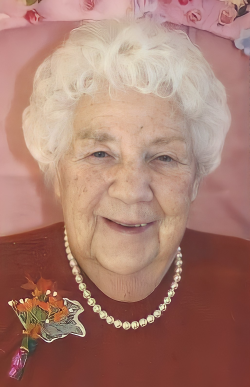 The death occurred peacefully at the Maplewood Manor, Alberton, on  Sunday, February 27, 2022, of Chrissie Margaret Pike, of Alberton, and formerly of Hoyt, NB, age 87 years. Beloved wife of the late Alonzo E. Pike. Born at Seaham, England, on November 14, 1935, she was the daughter of the late Alton Byers and Violet (nee Morrison) Byers.

Resting at the Rooney Funeral Home and Chapel, Alberton. Private family service to be held at a later date and time.