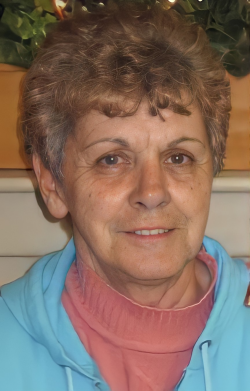 The death occurred peacefully at the Maplewood Manor, Alberton, on Sunday, February 20, 2022, with her loving family by her side of Joanne Marie Aylward, formerly of Tignish, age 75 years. Born on December 18, 1946, she was the daughter of the late Claude T. and Winnifred E. (nee McInnis) LeClair. Loving mother to Wayne (deceased) and Darryl (deceased).

As an expression of sympathy memorials to the Tignish Seniors Co-op Home would be gratefully appreciated.