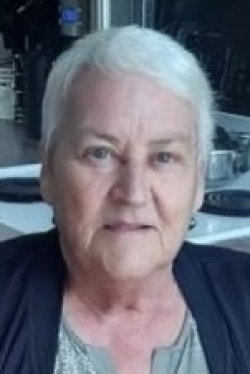 The death occurred at the Western Hospital, Alberton, on Friday, January 21, 2022, of Elaine Mary Perry of Tignish, age 69 years. Beloved wife of the late Tommy Perry. Born at Alberton on September 10, 1952, she was the daughter of the late Edward J. and Viola M. (nee Hackett) Gavin.

She was predeceased by her parents, Edward and Viola, brothers, Donnie and Glen Gavin, sister, Mary Roberts, and her father and mother-in-law, Arthur and Rosie (nee Dugay) Perry.

No visiting hours due to Covid 19 restrictions. Resting at the Rooney Funeral Home and Chapel, Alberton. A funeral mass to be celebrated from St. Simon and St. Jude Church,  Tignish, on Thursday July 21,2022 with funeral mass at 10;30 a.m. Interment in the church cemetery