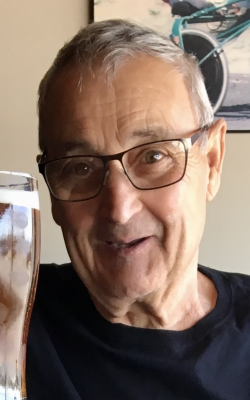 The death occurred peacefully at the Palliative Care Unit of the Community Hospital, O'Leary, on Friday, September 24, 2021, with his loving family by his side, of Philip Joseph Harper, beloved husband to Muriel (nee Hogan) of Christophers Cross, aged 77 years.  Born on February 14, 1944, he was the son of the late Frederick and Esther (nee Handrahan) Harper.

Resting at the Rooney Funeral Home and Chapel, Alberton. A private family visitation for family and invited guests only will be held Sunday evening from 7:00 to 9:00 p.m. A private family funeral mass for family and invited guests on Monday morning, September 27th, from St. Simon and St. Jude Church, Tignish, for funeral mass at 10:30 a.m. Interment in the Church cemetery.

As an expression of sympathy, memorials to the Palliative Care Unit of the Community Hospital, O'Leary would be gratefully appreciated.