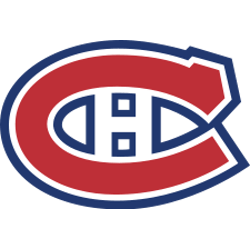 The death occurred at the Palliative Care Unit of the Community Hospital, O'Leary, with his family by his side, on Saturday, July 10, 2021, of Clayton Kenneth Oliver, of Union Road, PEI, age 72 years. Beloved husband of Linda Dianne (nee Hardy) Oliver. Born on February 1, 1949, he was the son of the late Frederick and Elaine (nee McMurdo) Oliver.

Loving father to Shane (Lori) of Brandon, MB, Curtis (Kim) of Woodvale, Tamara (Kevin) Sparrow of Souris, MB. Cherished grandfather to MacKenzie, Matthew, Ethan, Meagan and Isaac. Dear brother to Esther (Paul) Dallaire of Stratford, ON, Raeburn (Anne) Oliver of Huntley, Billy (Jean) Oliver of Greenmount, and Betty McNaughton (John Simpson) of Stratford, ON. He is also survived by his father-in-law, Vernon (late Jean) Hardy of Elmsdale, his sisters and brothers-in-law, Lorna (Clair) McNeill of Huntley, Gordon (Brenda) Hardy of Summerside, and Ian Hardy of Elmsdale. He is also survived by his nieces, nephews, and by his many friends.

He was predeceased by his parents Frederick and Elaine (nee McMurdo) Oliver, his step-mother, Ola Hardy Oliver, and his brothers-in-law, Roger Hardy and Scott McNaughton.

Resting at the Rooney Funeral Home and Chapel, Alberton. No visiting hours by request. Funeral to be held from the E. Gerald Rooney Memorial Chapel, Alberton, on Friday, July 23, 2021, at 10:30 a.m., Rev. Rachel Campbell officiating. Interment in the Montrose United Church Cemetery.

As an expression of sympathy memorials in Clayton's memory made to the Palliative Care Unit of the Community Hospital, O'Leary or to the Ty Rayner Memorial Fund would be gratefully appreciated.

PLEASE NOTE THAT THE VISITATION AND FUNERAL SERVICE ARE BY INVITATION ONLY.
www.rooneyfh.com