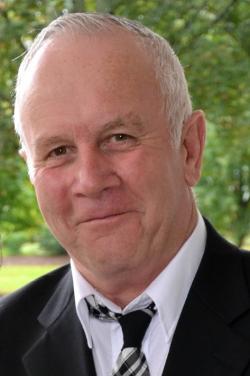 The death occurred at the Palliative Care Unit of the Community Hospital, O'Leary, on Wednesday, June 16, 2021, with his family by his side, of Sheldon Fielding Henderson of Alberton, age 73 years. Beloved husband to Elizabeth (nee Bryan) Henderson. Born on April 17, 1948, he was the son of the late Erving William and Levenia Catherine (nee Cannon) Henderson.

He was predeceased by his parents, Erving and Levenia Henderson, a sister, Debbie Henderson, brother Dale, brothers-in-law, Edmund Gaudet, Roy McRae and Irving Ramsay, and his father and mother-in-law, William and Zelma Bryan.

Resting at the Rooney Funeral Home and Chapel, Alberton, for family visitation Saturday morning (by invitation only) from 11:00 to 1:00 p.m. Funeral Saturday afternoon from the Alberton Baptist Church, Alberton, for funeral service at 3:00 p.m. (by invitation only), Pastor Ross Morrison officiating. Interment in the Elmsdale United Church Cemetery.

If so desired memorials to the funeral expense fund would be gratefully appreciated by the family.

PLEASE NOTE THAT THE VISITATION AND FUNERAL SERVICE ARE BY INVITATION ONLY
www.rooneyfh.ca