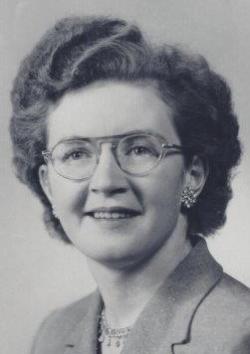 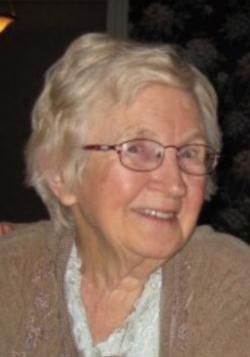 The death occurred at the Western Hospital, Alberton on Thursday, April 2, 2021, of Marie Ethel Gaudette of Tignish, PEI, age 92 years. Beloved wife of the late William Edward (Billy) Gaudette, who predeceased her in 1992. Born at St. Roch, PEI, she was the daughter of the late Timothy and Ethel (nee A'Hearn ) A'Hearn.

Loving mother to Brian (Cathy) Gaudette of Moncton, Earl Gaudette of Tignish, Nora (Raymond) Dorgan of Sea Cow Pond, Ina Gaudette of Tignish, and Cora (Lloyd) Shea of Tignish. She will be sadly missed by her nine grandchildren, Allison, Erin, Megan, Sean, TJ, John, Gemma, Hilary and William. Great-grandmother to Harrison, Ryan, Patrick and Evan. Best friend to Marjorie McInnis of Charlottetown, who was raised as a sister. She is also survived by her many nieces, nephews, brothers and sisters-in-law, and by her friends.

She was predeceased by a son, Blair, and by siblings, Margaret, Ann, Gladys, Inez, Elmer, Emmett, James, Frank and Whealock.

Resting at the Rooney Funeral Home and Chapel, Alberton, for private family visitation for family and invited guests, on Tuesday, April 6, 2021, from 1:00 p.m. to 3:00 p.m., then to St. Simon and St. Jude Church, Tignish, for funeral mass at 3:30 p.m., Rev. John Molina, Celebrant. Interment later in the church cemetery.

As an expression of sympathy, memorials to St. Simon and St. Jude Restoration Fund would be gratefully appreciated.