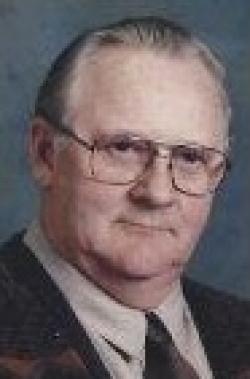 The death occurred at the Palliative Care Unit of the Community Hospital, O'Leary, on Monday, January 25, 2021, with his loving family by his side, of Kenneth Wallace Graham, of Alberton, aged 83 years. Beloved husband to Jean (nee Dunbar) Graham. Born at Greenmount, PEI, on April 1, 1937, he was the son of the late Wallace and Helen (nee Rayner) Graham.

Resting at the Rooney Funeral Home and Chapel, Alberton, for private family visitation, for invited guests only, on Thursday evening from 6:00 to 8:00 p.m. Funeral to be held on Friday afternoon from the Alberton Baptist Church, Alberton, for a private funeral service at 1:30 p.m., Pastor Ross Morrison officiating. Interment in later in the Montrose United Church Cemetery.

As an expression of sympathy, memorials to the Alberton Baptist Church would be gratefully appreciated.

The funeral will be live-streamed on the Alberton Baptist Church Facebook page on Friday, starting at 1:30 p.m.