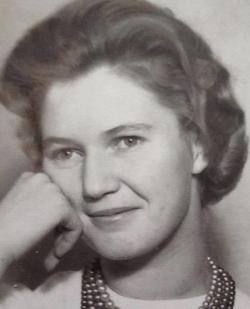 The death occurred at the Maplewood Manor, Alberton, on Friday December 25, 2020,  with her loving family by her side, of Irene Stella Handrahan, beloved wife of Patrick Handrahan of Tignish, age 75 years. Born at Tignish, PEI, on May 18, 1945, she was the daughter of the late Claude and Mary (nee Harper) Gavin.

She is also survived by brothers and sisters-in-law: Irma (Richard) Fleming of Kildare; Roy Handrahan of Judes Point; Mary (Elmer) Perry of Tignish; Eileen (Bradley) Kinch of Alberton; Bonnie (Barry) Fraser of Cascumpec; Floyd (Pam) Handrahan of Alberton; Hughie (Vickie) Handrahan of Boston Mass; and Alfred (Theresa) Handrahan of Fort Worth, Texas. She will be sadly missed by her many nieces, nephews, cousins and friends.

She was predeceased by her parents, Claude and Mary Gavin, siblings David, Howlie and Wilbert, her father and mother-in-law, Alfred and Emily Handrahan, brothers and sisters-in-law, Stephen Handrahan, Austin Handrahan, Eleanor and Edgar Brennan and Theresa Handrahan.

Resting at the Rooney Funeral Home, Alberton, from where private family visitation and funeral (invitation only) will be held on Monday afternoon from the E. Gerald Rooney Memorial Chapel at 2:O0 p.m., Rev. John Molina officiating. Interment later in the St. Simon and St. Jude Parish Cemetery.

As an expression of sympathy memorials to the Alzheimer Society would be gratefully appreciated by the family.