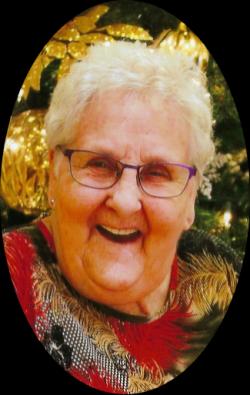 The death occurred in palliative care at Maplewood Manor, Alberton, on Monday, December 14, 2020, of Lucina Viola Costain, age 79 years. Born on July 3, 1941, she was the daughter of the late Elmer and Pearl (nee Cannon) Costain of Miminegash.

She was predeceased by her husband, Calvin Costain and her daughter, Daisy Costain. She was also predeceased by sisters, Velda Ellsworth, Aletha Nordstrum, Goldie Brennan and Brenda Wedge. Also preseceased by her brothers, Vernon, Nelder, Tommy, Emerson, Jarvis, Major, Everett and James Costain.

Funeral service and interment of cremains to take place later.

As an expression of sympathy, memorials to the Miminegash United Church Cemetary Fund would be greatly appreciated.

Due to Covid 19, the funeral service will be held at a date and time to be announced.

Visitation
No Visitation
Burial Date
To be announced later