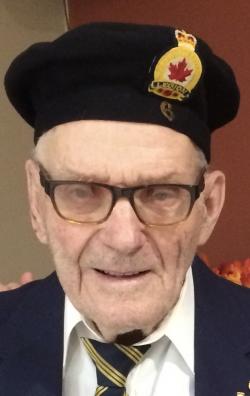 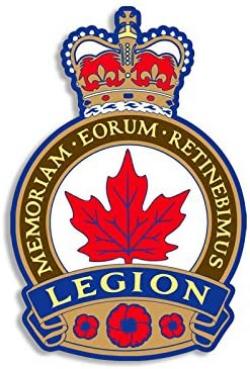 The death occurred peacefully at the Maplewood Manor, Alberton, on Sunday, October 4, 2020, of Alyre Joseph Bernard, formerly of Tignish, in his 99th year. Veteran of the Second World War. Beloved husband of the late Mae Melanie (nee Perry) Bernard, who predeceased him in 2018. Born at Palmer Road on December 8, 1921, he was the son of the late Joseph P. and Lydia (nee Perry) Bernard.

Loving father to Sharon (Donald) Boudreault of Greenmount, and cherished grandfather to Ryan (Peggy) Arsenault, Randy (Lesley) Arsenault and Rodney Arsenault, all of Ontario, and Adam (Keshia) Boudreault of Greenmount. Great-grandfather to Aidan and Ava Boudreault, Kayla, Aidan, Ava, and Aria Arsenault. Dear brother to Rita Perry of Maplewood Manor, Alberton. He is also survived by a brother-in-law, Bill Perry of St. Catherines, ON, and by a sister-in-law, Marcella Bernard of Summerside.

He was predeceased by his wife Mae M. Bernard in 2018, daughters, Anne Arsenault (1993) and Sandra Bernard (2016), his special grandson, Scott Boudreault, and by siblings, Emile, Wilfred, Arthur and Henry.

Resting at the Rooney Funeral Home and Chapel, Alberton, for private family visitation on Wednesday, October 7th from 1:00 p.m. until 3:00 p.m., followed by  private funeral mass for family and invited guests, from St. Simon and St. Jude Church at 4:00 p.m.,  Rev. John Molina, celebrant. Interment in the church cemetery.

As an expression of sympathy, memorials in Alyre's name may be made to the Community Inclusions or to St. Simon and St. Jude Building Fund would be gratefully appreciated by the family.