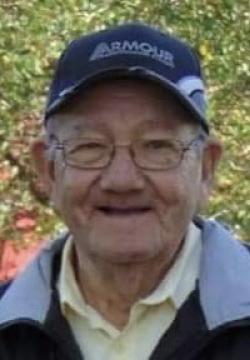 The death occurred peacefully at his home, on Monday June 22, 2020, with his loving wife and children by his side, of Raymond Peter Richards of St. Edwards, PEI, age 80 years. Beloved husband to Bernadette Mary (nee Perry) Richards. Born at Burton, Lot 7, PEI, on July 4, 1939, he was the son of the late Jerry R. and Gertrude (nee Clements) Richards.

He was predeceased by a son, Roy, and daughter, Sadie Ann, in infancy, grandson, Adam McKenna in infancy, and his siblings, Edward, Francis, Benny, Laura, Guelda, Sylvia and Margaret. He was also predeceased by his father and mother-in-law, Frank and Mary Ann Perry, brothers and sisters-in-law, Emile and Rena Chaisson, and Joseph Perry, Abby Perry.

Resting at the Rooney Funeral Home and Chapel, Alberton. Private family service to be held from the Elmsdale Church of the Nazerene with interment in the Nazarene Cemetery.

As an expression of sympathy, memorials to the Canadian Cancer Society would be gratefully appreciated.