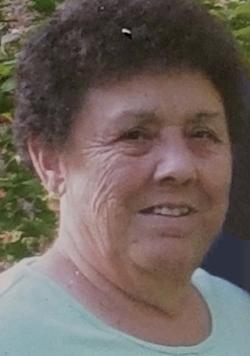 The death occurred at the palliative care unit of the Western Hospital, Alberton on Thursday, March 19, 2020, with her loving family by her side, of Julia Mary Richard, beloved wife of Leonard J. Richard of 154 Dalton Ave., Tignish, age 77 years. Born at Palmer Road on February 4, 1943 she was the daughter of the late Leo and Josephine (nee Gallien) Doucette.

Resting at the Rooney Funeral Home and Chapel, Alberton. No public visitation.

PLEASE NOTE: DUE TO THE COVID-19 VIRUS, THE FUNERAL FOR JULIA WILL BE HELD AT ST. SIMON AND ST. JUDE CHURCH, TIGNISH, AT A DATE AND TIME TO ANNOUNCED LATER.