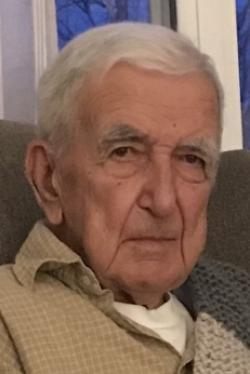 The death occurred at the Prince County Hospital, Summerside, on Monday, January  13, 2020, following a brief illness, of Frank Edward Borowski, beloved husband to Bertie (nee Morrison) Borowski, of Montrose, PEI, aged 85 years. Born on May 27, 1934, at Mossey River, Manitoba, he was the son of the late Felix and Josefa (nee Dyrkacz) Borowski.

Dear father to Lloyd (Connie) Borowski of Florenceville, NB, Lizabeth Cameron of Kingston, ON, and Christopher Borowski of Toronto. Cherished grandfather to Stewart Cameron, Emily Borowski and Lesley Borowski. He is also survived by a brother, Michael Borowski of Dauphin, Manitoba. He was predeceased by a sister Rose Thorgeirson.

As an expression of sympathy, memorials to the Cat Action Team or to the Montrose United Church Cemetery Fund would be gratefully appreciated.