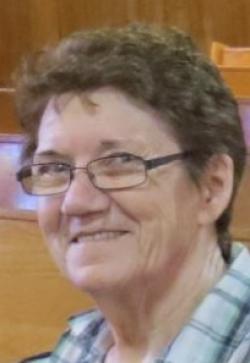 The death occurred at the Maplewood Manor, Alberton, on Saturday, October 26, 2019, of Marina Ann Richard (nee Perry), of Tignish, beloved wife of the late Leo Richard, age 76 years. Born January 5, 1943, was the daughter of the late Russell and Rosetta (nee Gallant) Perry.

She was predeceased by her mother and father-in-law, Frederick and Mae (nee Peters) Richard, and a grandson, Andy Richard. Also brothers and sisters-in-law, Ivan, Junior and Jackie, and in infancy, Kenneth and Aurella.

As an expression of sympathy memorials to the Maplewood Manor Equipment Fund would be gratefully appreciated.