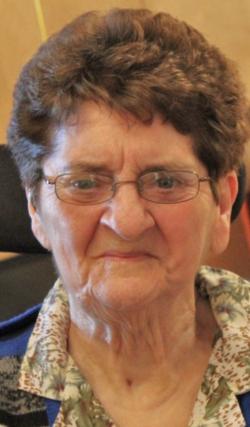 The death occurred at the Maplewood Manor, Alberton, on Tuesday, October 22, 2019, with her loving family by her side, of Joanne Mary Fennessey, beloved wife of the late Arthur J. Fennessey (deceased 1997) l, formerly of Tignish, age 75 years. Born in Alberton on June 10, 1944, she was the daughter of the late Raymond and Rita (nee Arsenault) Richard.

She was predeceased by her brother, Johnny, Richard and in-laws, Jimmy and Lorette Fennessey.

As an expression of sympathy, memorials to the Alzheimer Society or to the Tignish Health Center would be gratefully appreciated.