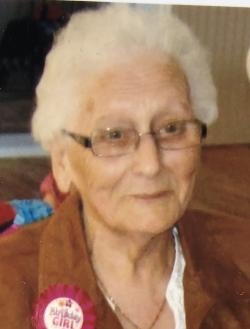 The death occurred at the Palliative Care Unit of the Community Hospital, O'Leary, on September 7, 2019, of Leona Mary Murphy, age 86 years. Beloved wife of the late Shirley James Murphy. Born on March 27, 1933, she was the daughter of the late Joseph and Mary (Thibodeau) Butler.

As an expression of sympathy, memorials to the Sacred Heart Cemetery Fund would be gratefully appreciated.