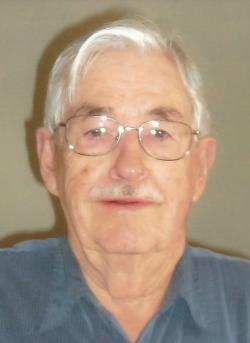 The death occurred peacefully, at the pallative care unit of the Western Hospital, Alberton, on Wednesday, August 28, 2019, with his loving family by his side, of James Leigh MacKay of Alberton, age 87 years. Beloved husband to Shirley Margaret (nee Inman) MacKay. Born at O'Leary, PEI, on February 24, 1932, he was the son of the late Albert and Evelyn (nee Rix) MacKay.

He was predeceased by his parents, Albert and Evelyn (nee Rix) MacKay, a sister Cheryl MacKay, and by a brother-in-law and sister-in-law, Harold and Mina Inman.

As an expression of sympathy in Leigh's memory, memorials to the Campbellton United Church Cemetery Fund or the Sacred Heart Cemetery Fund would be gratefully appreciated by the family.