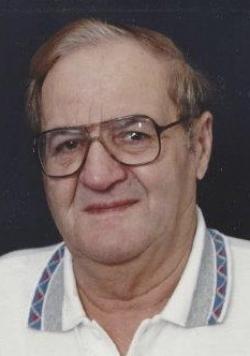 The death occurred peacefully, at the Margaret Stewart Ellis Home, O'Leary, on Friday, August 16, 2019, with his loving family by his side, of Louis Eugene McCarthy, formally of Brockton, PEI, aged 102 years. Born at Brockton, PEI on January 9, 1917, he was the son of the late Eugene and Angeline (nee O'Meara) McCarthy.

Loving father Kenny (Maisie) of Unionvale, John (Gloria) of Miscouche, Donnie (Anne) of Brockton, Betty (Leonard) MacKenzie, of St. Peter's Bay, Patricia (Ralph) Ramsay of Campbellton, and Peggy (Carl) LeBlanc, of Dieppe. He is survived by 13 grandchildren, 21 great-grandchildren, and by a brother Archibald (Helen) McCarthy of Charlottetown.  He is also survived by a brother-in-law Bill (Marie) O'Brien of Alberton.

As an expression of sympathy, memorials to the Margaret Stewart Ellis Home or St. Mark's Cemetery Fund would be greatly appreciated.